If you saw my post at the start of the year, I’m following 5 lovelies who are trying out veganuary this month. So far they are all doing really well, each of them have stuck to it and they’re all eating amazing food which really means I need to up my food game.

Here’s how they’re getting on.

Emma has surprised herself with how well she’s been getting on, it’s not as hard as she though it would be. Although she’s finding hte price of vegan specific foods expensive, she’s great at finding some accidental vegan foods (Emma’s been sharing these in our veganuary buddies group and she’s a pro already).

Feeling – feeling great suffering with CFS/ME, I have more energy, I’m not so tired and this is a huge plus for me. I’ve also lost nearly 10lbs in weight
Highlight – I’m feeling better each day
Lowlight – having difficulty with soya products on my digestion
Fave food – I dont have a favourite vegan food yet but I invented this meal, quinoa stir fry with chickpeas, vegan worcester sauce, mini samosa and pakora. 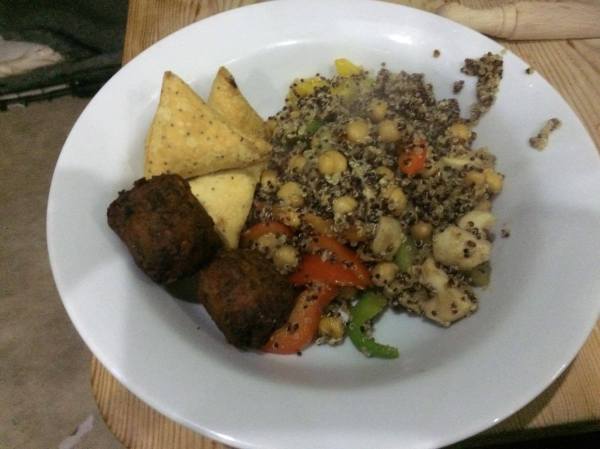 Quinoa makes me happy, I’d love to try this

Ellie had been getting on really well so far, she’s been enjoying cooking new vegan foods and trying new things. She’s really enjoying eating heathy foods and not finding it hard to stick to.

Feeling – really good. Less bloated and I’m more energised but still windy. I’m working out so I’m hoping to see some weightloss and toning up.
Highlight – it has to be my mum, fdad and husband all eating a vegan meal, even if the men insist that they missed the meat.
Lowlight – accidentally eating egg in a pub meal that I thought was vegan.
Fave food – definitely a tie between my chilli tacos and mushroom lasagne

Erm, this looks super cheesy – in the best way

Alice is doing ok, she’s loving that she’s trying more food and having to think carefully about what to cook. Eating out has been a struggle for her though, she’s even decided not to eat a few times – Alice, that’s no ok, I’ll be in touch with some tips for eating out soon.

Feeling – no different, hoping to feel healthier in time. I’ve never eaten much dairy so my body is already used to that.
Highlight – experiencing new food and the social side of the Veganuary journey.
Lowlight – accidental slips ups
Fave food – sweet potato and coconut curry at the 1874 in Brighton.

Like Alice, Jaymee is really enjoying trying all of these new vegan products and has been eating loads of peanut butter on toast – a girl after my own heart. Although she’s not been feeling great this past week, she’s struggled to eat but has stuck with being vegan through it. Trust me, being unwell is when you’re tested to you vegan limits!

Feeling – really enjoying veganuary.
Highlight – feeling healthier.
Lowlight – I had a slip up about a week and a half in but it’s given me the kick I needed to continue.
Fave food – More than meat’s lamb casserole. 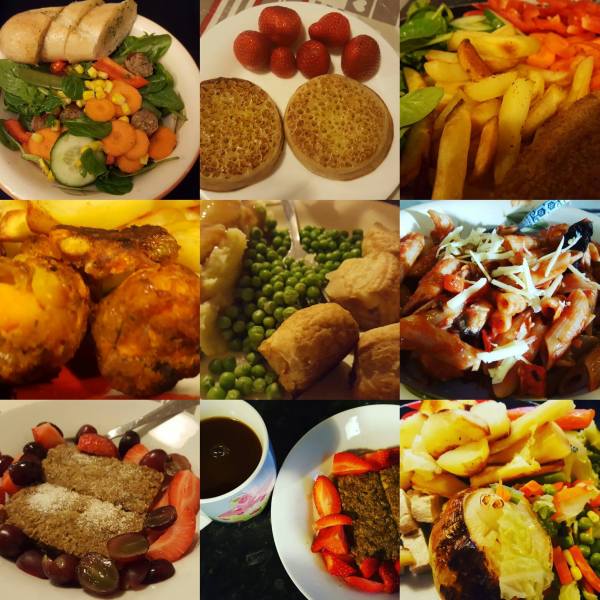 Some of Jaymee’s favourite foods so far

Jess has taken to veganuary like a duck to water, she’s learning out food and rememebering to check all of the labels. Like most vegan’s Jess is puzzled as to why so many things contain dairy (we’re talking to you salt and vinegar crisps). Jess is really enjoying showing her family how to veganise meals.

Feeling – better, I used to feel bloated a lot of the time and now I feel normal. Although I’ve stayed the same weight, I do feel leaner with more energy. I feel lighter and happier.
Highlight – The Nottingham Vegan Market, it was lovely!
Lowlight – I had a massive halloumi craving, I literally coudn’t stop thinking about it but I stayed strong!
Fave food – Pizza! Pizza has always been one of my favourites so I was really happy to try a few vegan ones at The Vegan Pizza at the vegan market. 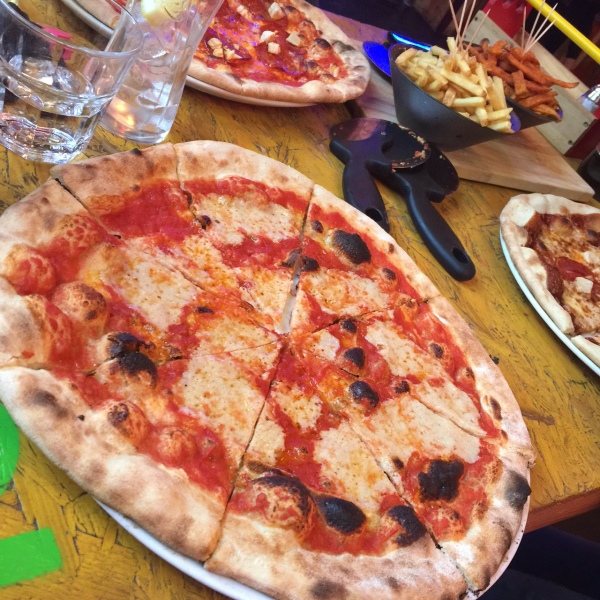 Does anyone else have pizza envy?

I am genuinely so proud of my veganuary buddies and their progress so that, I think they are full time vegans in the making. Are you doing veganuary? How are you getting on? I’d love to hear about your progress too.