If there’s one thing that will stop me in my tracks, it is the words “vegan pancakes”. Seriously, no matter what I am up to, who I’m talking to, if I hear those words I loose track of what I’m doing and drift off into a world of fluffy pancakes… wait, what was I saying?

Last week I spent the day in Edinburgh chilling out and generally relaxing when my friend suggested that we go and try to vegan pancakes at The Herbivore Kitchen – OK! Now, The Herbivore Kitchen is completely vegetarian, nearly everything can be make vegan AND a lot of the food can be made gluten free – hello dream cafe. 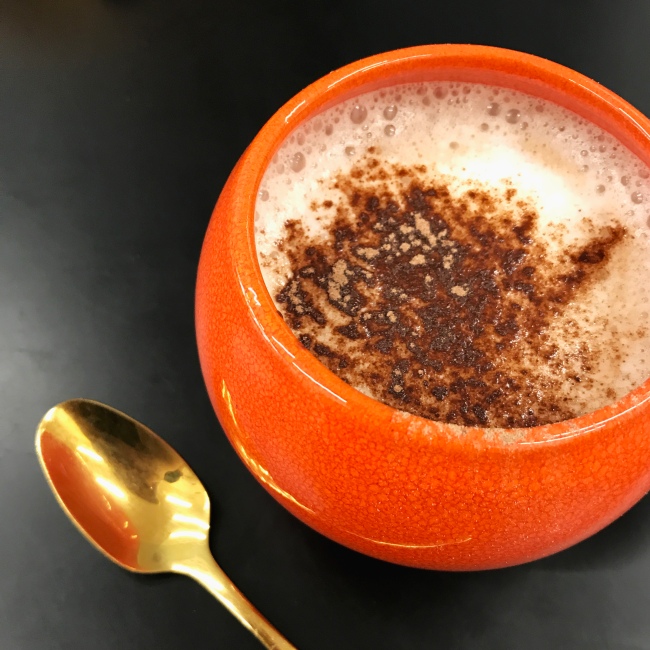 Now onto the main event, the pancakes. Three out of the four pancakes vegan and all of them are available as a wheat free pancake. Naturally, I opted for the bacon pancakes as bacon pancakes with maple syrup used to be a favourite of mine before I went vegan. I fully expected these to be ok, nothing great because you know, vegan bacon isn’t bacon. I WAS SO WRONG. The pancakes were so thick and fluffy, like eating tasty clouds of joy… yeh I’m going to stick with that description. I thought that all of those toppings much be a bit much but in actual fact they all complimented each other perfectly.

Get yourself down to The Herbivore Kitchen pronto!

This doesn’t do the stack any justice…

One thought on “REVIEW: The Herbivore Kitchen, Edinburgh”